My landlady’s dog is a wiry, feisty mongrel with sharp teeth and a piercing bark. His name, apparently, is No-No-No. I suspect he’s the one who keeps pissing on my door. His aged mother is mangy and leaden-uddered, with an ugly tumour on her belly that drags on the ground. Then there’s a puppy, who could be cute, but I don’t like dogs so he’s not.

The flat I’m living in is a more a concrete cell than a house. But it’s small and dry, and at times it feels homely. The rough walls are painted (roughly) white, and my bed is a squeaking sagging affair of teak and kapok. The shower sprays directly into the kitchen, so I have to pull the plastic folding door closed and tie it to a broken latch. The fridge grunts. The water pipes hum. On my first night, the toilet blocked and I witnessed my tiny landlady attacking the foul mess with a plunger while I stood in the kitchen and whimpered in mortification.

I have a kitchen, but I don’t cook. I could, but I don’t. I go out. A meal at a local restaurant in Dalat is around 30-40,000 dong – less than $2. No, it’s not always good: the beef is as tough as toenails and there’s enough orange grease to paint a car, but dining out in Vietnam is an adventure. Most nights, I go out with no idea of what I want to eat until I see it. Rice, noodles, beef soup, duck curry, fried tofu, barbecued ovaries. It’s all there and it’s all slathered in fish sauce and oil, and it’s amazing and costs almost nothing.

But, more on food another day.

It’s six months since I left New Zealand. I’ve spent three (?) of those in Vietnam, minus two weeks for Japan.

And, contrary to popular belief, I’m not on holiday. I’m not lounging on a beach. I’m not partying in bars. I’m not yarning over coffee and beer with fellow travellers/wanderers/restless souls in remote mountain villages. I’m not even shopping.

I’m living in a shack and tapping away at my computer for six to eight hours a day. I write articles and ads and blogs and slogans for internet business tycoons who pay me by the word. I’m learning about SEO. I’m learning about WordPress. I’m trying – and somewhat succeeding – at being a digital nomad. 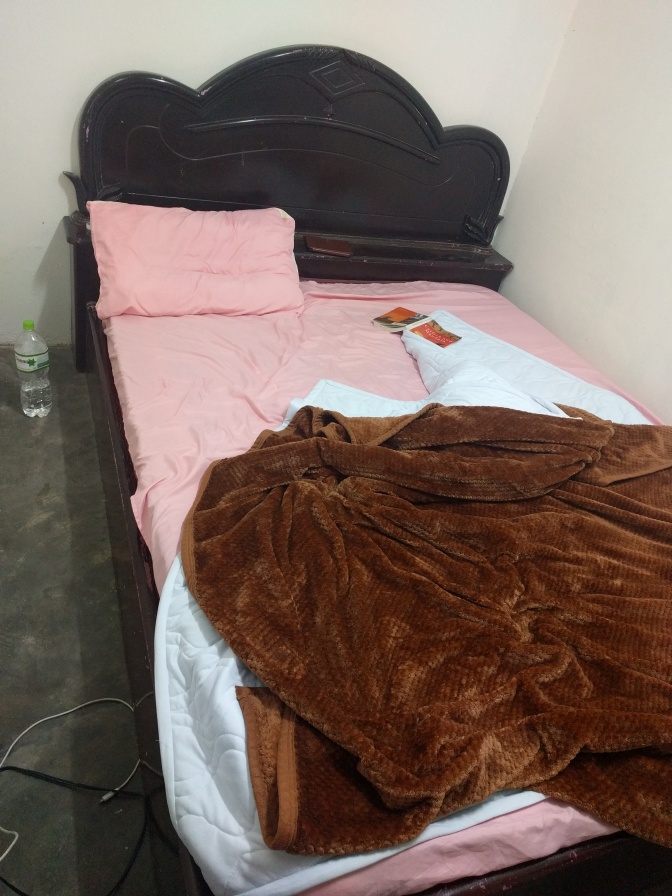 It doesn’t pay well. But Vietnam doesn’t charge much. Last year, I was paying $250 a week to live in a nondescript Glen Eden basement. Here, I’m paying $170 a month to live walking distance from the city centre. With South-east Asia at my doorstep.

“You’re so lucky!” I keep hearing.