Your first day in Budapest, your head’s on a friggin swivel. Your eyes are popping out of their sockets, you’ve got the zeal of a jack russel on crack and you’re having anxiety attacks every five minutes because your phone battery probably isn’t going to last through the next 357 shots of castles/bridges/rivers/bowls of goulash.

Suffice to say, this simple-minded small-town lass from Nuzeeelund was a wee bit overwhelmed.

THERE’S SO MUCH TO SEE.

In Budapest, no matter which way you look, there’s a big amazing thing to look at. A basilica, a spire, a cluster of big ol’ ancient crumbling buildings, another spire, a church in a cliff, a castle – Christ! so much stuff! And you whip out your phone a hundred times and snap away until you have no battery left, and you think oh gosh, wait til everyone sees this amazing thing that I just stood in front of, but then you get home and go through your gallery and every photo is just… meh.

Holy crap though, Budapest is stunning. I can’t remember the last time I was in a place that actually made me go wowohmygodookatthatIHAVENEVERSEENSHITLIKETHAT. And then take a shit photo and feel dumb about said shit photo.

You don’t realise how young New Zealand is until you’re standing in front of a building that’s been around for oh, 800 years… and you think, wow, my country was still weeds and moas back then.

Blows your mind a little bit.

So yep, Budapest is pretty feckn amazing. Apart from one thing. One tiny, tiny thing.

Okay, I know. I know it’s a tourist place. I know it’s one of those Places To Go Before You Die. It’s old and preserved, it was awarded City of Culture of Europe or some shit last year (according to the shouty message I got from my Airbnb host when I queried the sudden price hike on April 1) and the weather is good and the river/buildings/scenery are beautiful. AND it’s cheap (in comparison to, say, Hamilton). AND – considering the steady influx of tourists from America/Britain/Ireland/Spain/thewholefricknworld are having a splendid time getting drunk on palinka (bad) and cocktails (good) and filling their bellies with chimney cakes (stupid) and goulash (greasy) – it can’t be all bad.

My first day in Budapest, I was so giddy from the AMAZINGNESS I had to go somewhere normal to calm down, so I went to the Grand Market. I love markets. Usually. But the Grand Market in Budapest is not like the markets in Mexico or Thailand or even Titirangi. The Grand Market in Budapest is grand only for its architecture. Its contents, sadly, comprises of portly Americans drinking beer and Chinese coach tourists stomping on your toes.  I paid $13 for a forlorn and emphatically greasy salad of onions, oil and carrots (thank god I sleep alone) which was the most I’d paid for a meal since I had since.. oh, Ronnies in Tirau. I mean, $13 won’t get you feck all in most parts of the developed world, but … I’d paid too much for too little, and I was pissed off about that and pissed off at being a General Tourist at a General Tourist Spot. 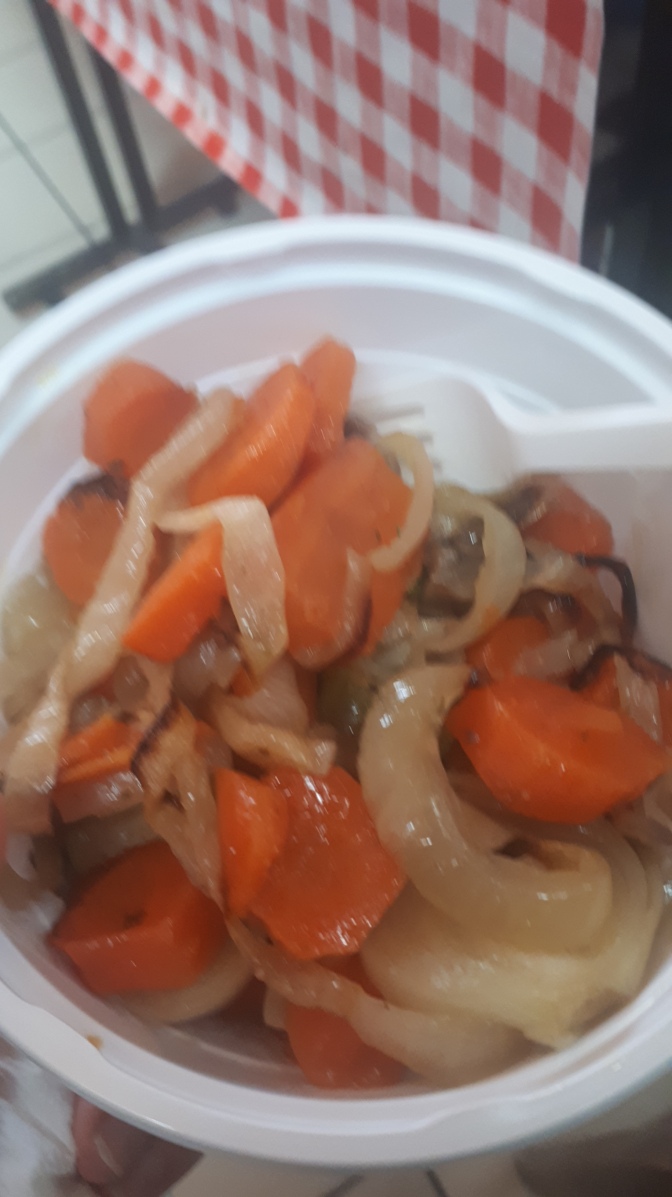 Fortunately, Budapest is renowned for its cheap liquor. So, having ticked off several of Google’s Must-See Places in Budapest, I went to a bar and asked for a wine.

The bartender (female, I think) glared at me beneath anorexic eyebrows and pointed, wordlessly, at a menu. I summoned what was left of my withering courage and scanned said menu. Excellent – a glass of red for 490 forints! This was the Budapest I’d heard about!

So, I was a little surprised when the Trunchbull plonked down a fishbowl-size glass and handed (threw) me a receipt for 1590 forints.

Unfortunately, this was not cool, because Hera The Bartender visibly seethed beneath her plucked brows and went on ascertain that I was the stupidest non-Hungarian to ever order wine, let alone enter her bar.

I scurried away like the cockroach she deemed me to be, and went to another bar where I paid $4 (and the remainder of my dignity) for a single pour of very average (probably Australian) wine. Then I went home. And had some gin.

This, sadly, was not a one-off incident. Budapestians were – in general – just frickin rude. In the supermarket, in the street, in the ladies’ toilets. Angry, hating, irritated Budapestians. They throw your change at you in the supermarket. They shove past you in the street. They look you up and down and curl their lip in a distasteful frown. They yell your order back at you instead of, y’know, speaking.

Naturally, I was a wee bit disappointed. I’d been told by so many people that Budapest was AMAZING. Their FAVOURITE city. The epitome of European culture and history. UNDERrated and OVERwhelming with HEAVENLY food and wine for THREE DOLLARS A BOTTLE.

Well, it’s all of those things. But friendly, it is not.

That’s just not how shit works.

And apparently most of them are on really shitty wages so I don’t blame them in the slightest. I’d hate me, too.

Don’t let this deter you from going to Hungary. Go, by all means. It’s beautiful. It’s cheap. The food is okay. The wine is THREE DOLLARS A BOTTLE. And oh, the history, the culture, etc.